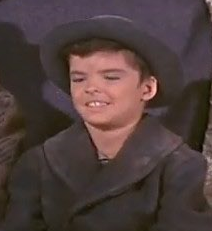 A Decision in Ohio (By Missjudy)

Author: missjudy Published Date: November 4, 2021 19 Comments on A Decision in Ohio (By Missjudy)

Summary: An unexpected visit from an old Boston shipmate, and the question he asks, prompts  Ben to think back to a time when he’d visited his brother with Adam, the winter before leaving for Missouri to join a wagon train west. Their stay had provided some great family times, while also pointing towards many obstacles Ben had never considered. It had finally prompted the biggest decision of his life.

Read More... A Decision in Ohio (By Missjudy)

The Empty Casket (by Missjudy)

Summary: The final story of the trilogy of stories:  Trial of Jessica Hardy, Buried Alive, and now, The Empty Casket.  The first two stories told of Adam’s disappearance after being taken as a hostage by a woman bank robber, and then his return after months spent drugged in a mental hospital. When Buried Alive ended, Adam had left Carson City following a frosty reunion with his family that had left him feeling that for everyone’s sake, he should have died as Jessica Hardy, AKA Leslie Richter, meant for him to do.  This story picks up in San Francisco, where he has gone, hoping to find something about himself that is worth saving.  He meets someone who just might understand what he’s feeling, and recognize what he’s planning to do. Can this other “man in black” save Adam from himself?

Summary: This is a sequel to The Trial of Jessica Hardy. Four months have passed since Adam’s disappearance and presumed death, and life has taken on a more normal flow for the Cartwright’s who have conquered their grief to find joy again.  But just as things begin to even out, a series of coincidences and incidents bring them  back to the woman accused of  causing Adam’s death. The Cartwrights will become instrumental in helping others, while learning the truth of what happened to Adam.

Rating: T – But only for adult themes and conversations. No overt situations

The Trial of Jessica Hardy (By Missjudy)

Summary: Virginia City is in the middle of a trial for a woman charged with bank robbery, kidnapping and murder. There are two factors whipping the town into a frenzy of activity: If convicted, Jessica Hardy could be the first woman sentenced to hang in the United States. The second part that has left the community in turmoil is that the person she’s accused of kidnapping and murdering, is Adam Cartwright.  The story is told from her perspective as she tries to convince the people on the jury that Adam was not the man they thought him to be; a man so tired and hateful of his family that he would use unthinkable methods to get away from them.

Rating: G  but with adult themes

Read More... The Trial of Jessica Hardy (By Missjudy)

The Christmas Afghan (by Missjudy)

Summary: A cold ride home in the pelting snow, followed by a sweet conversation with his father, gives Adam a memorable Christmas Eve.

A Simple Favor (By Missjudy)

Summary: A fellow rancher asks Adam to look in on his daughter’s family who lives in California, where Adam is about to travel with a small herd. A problem has arisen is that this daughter has fallen ill while visiting her parents in Virginia City, leaving her husband with a farm to run and two young children to care for, at the busiest time of year. While that seems easy enough, the other information Adam is given about the situation at that home, and the request being made of him, is anything but simple. What he finds on arrival changes, and the roles he must assume to get this family through the frightening times, revisits feelings he’s been contending with for some time.

A Father’s Parable (by Missjudy)

Summary: When Ben finds Adam to let him know it’s time to head home from a neighbor’s party, he can see that his son is upset and trying to hide it. Although his son won’t offer any information, Ben suspects Marie knows what happened, and once home, they’re able to put together the pieces of what 15 yr old boy overheard, and why he looked so stricken. The truth makes Ben seek Adam out for a father-son talk.

When Grace Heals a Broken Spirit (by Missjudy)

Summary:  The Triangle episode has always bothered me. It showed an upbeat Adam who was always chipper and jolly. Yet he’d been seriously injured, and was not having optimal outcomes when it came to walking again. He would certainly have gone through some very dark times while considering his future in a wheel chair.  In addition, he had to have felt Laura’s coolness and emotional absence, since she loved Will. This is my personal adaptation of that episode with a little backstory. It is a realistic and gritty look at the likely medical outcomes of the fall; the emotional battles Adam would have faced, and the power of brotherly love.

Read More... When Grace Heals a Broken Spirit (by Missjudy)

When Lies Wound a Broken Heart (by Missjudy)

Summary: Ben’s presence with his family is sporadic and brief. Adam is feeling frazzled with running the ranch and caring for his brothers. Hop Sing is holding his breath wondering if the family can ever be the same, and Little Joe has heard something in town that his very young heart believes, despite all evidence to the contrary. (A prequel)

Read More... When Lies Wound a Broken Heart (by Missjudy)

Moments – A Brother’s Decision (by Missjudy)

Summary: Moments is my new series of stories taking a look at situations that affected the Cartwrights deeply and personally. In this one, we see how something learned in the midst of a decision Adam had to make when he and  Hoss were younger, sheds light on a a question posed in a canon episode. Part 1 is a prequel called October Snow, describing the events as youngsters. Part 2 is entitled Hard Decisions and has Hoss recalling that memory to help his father and brother  understand Adam’s decision in a “what happens during” scene from a familiar episode. Each of the Moments stories are separate with no need to read others in the same series to understand.