Summary: The Cartwrights face an unseen enemy who is preying upon the young women of Virginia City .. can it possibly be the man Adam suspects?

Summary: AU continuation in which Adam has found his dream but lost some of it too.  He finds his way back west to rebuild both his dream and his connection to his past.
Rating T  Word Count = 25,444

The Empty Casket (by Missjudy)

Summary: The final story of the trilogy of stories:  Trial of Jessica Hardy, Buried Alive, and now, The Empty Casket.  The first two stories told of Adam’s disappearance after being taken as a hostage by a woman bank robber, and then his return after months spent drugged in a mental hospital. When Buried Alive ended, Adam had left Carson City following a frosty reunion with his family that had left him feeling that for everyone’s sake, he should have died as Jessica Hardy, AKA Leslie Richter, meant for him to do.  This story picks up in San Francisco, where he has gone, hoping to find something about himself that is worth saving.  He meets someone who just might understand what he’s feeling, and recognize what he’s planning to do. Can this other “man in black” save Adam from himself?

And the Living Is Easy (by BettyHT)

Summary:  A little light summertime story about Adam who isn’t happy with the way his summer is going until he’s faced with robbery and jail.  It turns out better than that sounds.
Rating:  PG   Word Count:  3978

Read More... And the Living Is Easy (by BettyHT)

Mud in Your Eye (by BettyHT)

Author: BettyHT Published Date: April 9, 2021 6 Comments on Mud in Your Eye (by BettyHT)

Summary:  On a trip via muddy roads, Adam gets to know a feisty young woman, and their verbal jousting begins but doesn’t stop there.  However there are numerous twists and turns in this story with the rest of the family getting involved too, some in a good way, and some not so good.
Rating: T  Word Count: 20,439

Read More... Mud in Your Eye (by BettyHT)

Summary: It is 1847 and such a winter had never been seen!  Snowstorms and squalls.  Sleet and ice.  Winds so ferocious they built drifts high as a man.  Driven by a need to escape the memory of his late wife, Ben Cartwright ventures out into a frozen landscape and becomes lost.  As he seeks a way to survive, he has no way of knowing that another member of the family has become lost as well.  Will the killer snow claim two Cartwright lives?
Rated PG
Word count 20,990

Summary:  This is number twelve in the Traci series.  A question Adam and Traci have to face is having lost one child, there is the possibility of losing another as their son begins to assert some independence.  They must tread a fine line between responsible parenting and smothering, and don’t do that very well at first.
Rating:  PG   Word count:  7,923
The Traci Series, links to all stories included within.

Read More... An Island (by BettyHT)

Changes In Plans (by BettyHT)

Summary:  It seems that not one plan that Adam has seems to go the way he intends until he learns to accept that sometimes you follow plans and sometimes random events take you places you never thought you would go.
Rating:  T
Word Count:  28,513

Summary: Adam and Anne have clues about her long lost brothers, trouble with a counterfeiting ring Adam is investigating in his new job for the Treasury Department, and a threat to kill one of the Cartwrights, and all of those are tied together.
Rating: T  WC = 11,299 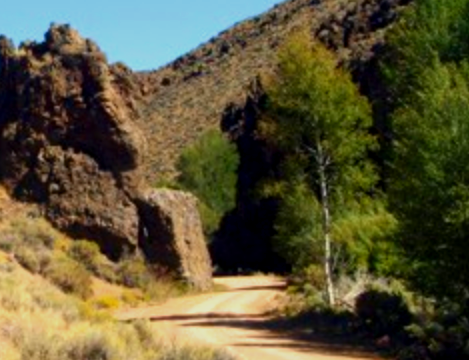 Ghost at Devil’s Gate (by BettyHT)

Summary:  Adam is recruited to do some dangerous work, but isn’t briefed fully on what the dangers are.  Predictably, he gets in more trouble than he could have imagined, but the help he expected doesn’t come.  The opposite is true.  When he can, he sets out on a quest to find out why.
Rating:  T
Word count:  15,798