Summary:  Grief intrudes on what should be a festive time. 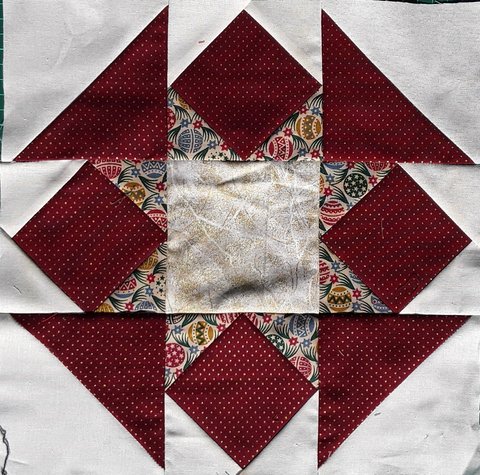 Joe finished bedding down the horses and gave the barn one final check, his eyes lingering a few seconds longer over the empty stall where Chubb had stood.  Turning his collar up, he raced back towards the house.  Littered with stars, the stunning night sky didn’t stop Joe’s progress, the air being too bitterly cold for stargazing.  Besides, it was Christmas Eve, and he was needed to help decorate the Christmas tree.

The first Christmas since the loss of Hoss and Alice, it had almost been forgotten.  A tradition for the Cartwright brothers, ever since they’d been old enough to go into the forest without Pa and bring one back alone, but this year no one had mentioned the tree.

The night before, catching Jamie looking wistfully at the empty place next to the fire hearth, he’d realised what had been forgotten.  Guilt gripped him, aware that respect for his feelings would be the reason for the oversight.  Jamie might be almost a man, but he loved Christmas and it wasn’t right that he should lose out because everyone was tip-toeing around him.  It was time to get Christmas back on track.  Joe cleared his throat,  “Y’know it’s Christmas Eve tomorrow.”

Pa looked over the top of the newspaper, and Jamie twisted around on the low table, where he perched.  The childlike look of hope on his face tugged at Joe’s heart.

“Don’t you think it’s time we got the tree?”

“You mean it?” Jamie grinned.

“Sure, it’s the family tradition.  We’ll go tomorrow morning, you and me.”  Joe winked at his younger brother’s delighted face and turned to his father.  “Unless, you wanna come too, Pa?”

“Oh no, no.” Pa flung up his hands and chuckled.  “My days of chopping down Christmas trees are long gone.  Besides, you boys have always done it by yourselves.”

So now a fine tree was standing proud and tall waiting to be decorated.

Joe had left Pa, Jamie, and Candy to bring down the decorations whilst he settled in the livestock, and they’d have them all ready and waiting for him.  Taking off his coat, Joe became aware of the ruckus in the room.  Everyone seemed to be turning out the boxes in a panic.

“Check that one again Jamie, it must be here somewhere.”

Joe heard the hint of desperation in his father’s voice, and caught the look from Jamie, which clearly said, Help!

Memories of last Christmas flooded back.  The angel that had adorned the top of the tree for over thirty years had finally broken.  Brought all the way from New Orleans by his mother, everyone had been upset, but Hoss had saved the day by carving a Christmas Star and presenting it to Pa.  It was a beautiful piece of carving, and Hoss had been pleased.

“It’s the best thing I ever whittled,” he’d informed them, “but something told me I needed to make it special.”

Pa had run his hands over the wood feeling it fine shape, lines, and curves, so impressed and proud of his son for carving such a fitting replacement for the angel.  Hoss had even made a piece of spiral wire which attached to it, so it sat over the top branch, handsomely adorning their tree.

It can’t be gone too!

“I’ll go check in the attic. Don’t worry Pa, I’m sure it’s just fallen out of the box.”

Turning up the lamp, Joe began to check around where the boxes of Christmas decorations had stood.  Finding nothing, he dropped to his hands and knees.  His search sped up as he ran his hands over the floor, picking up one thing, then another, only to toss them aside.  When his feet pushed and nudged a large chest, he glanced behind. A sigh of relief escaped him.  The movement revealed the tip of one point of the star where it had been hidden by the trunk.

“So that’s where you’ve been hiding,” he muttered with satisfaction as he shuffled over.

To his annoyance, when he reached for it, rather than catching hold, he only succeeded in pushing the decoration further under the chest.  Kneeling up, Joe recognized the container in front of him that held the Chinese lanterns.  Last used on his wedding day, he didn’t care if he ever saw those again, but Hoss’ star was a different matter.  Putting his hands to the heavy chest, he gave it a firm shove.  It scraped over the floor revealing the wooden object and … something else.  Joe dropped back on his heels, stunned.  Next to the sort after ornament lay the book of verse, Alice had been given as a child.  She’d carried it on their wedding day and been devastated when she couldn’t find it afterwards.

A trembling hand picked it up, and his thumb caressed every bump and crack in the soft brown leather.  Everything of his beloved Alice had burnt in that terrible fire, leaving him with nothing to hold, to cherish … and here was this most treasured possession.  Joe’s eyes fell again to the star that led him to Alice’s book.  His fingers tightened around it, and he clutched the objects to his chest, tears welling at the corner of his eyes.

Perhaps it was just a shift in the air and the murmur of the wind in the rafters but, in that moment, Joe felt the familiar hand on his shoulder and a soft voice whisper, “Merry Christmas, Punkin.”

Bouncing down the stairs, the joy rang in Joe’s voice as he called, “It’s all right, Pa, I found it, I found the star!”

I fell in love with westerns as a child. Growing up with Little House on the Prairie, re-runs of Bonanza, High Chaparral and Sunday afternoon films starring John Wayne, Audie Murphy and James Stewart. Returning to Bonanza recently, I discovered fanfiction and was hooked. I started writing my own just a year ago. I hope you enjoy my little stories and thank you for taking the time to read.

14 thoughts on “Hidden Star (by Bakerj)”