Summary: An offering of shelter and memories, to each his own. 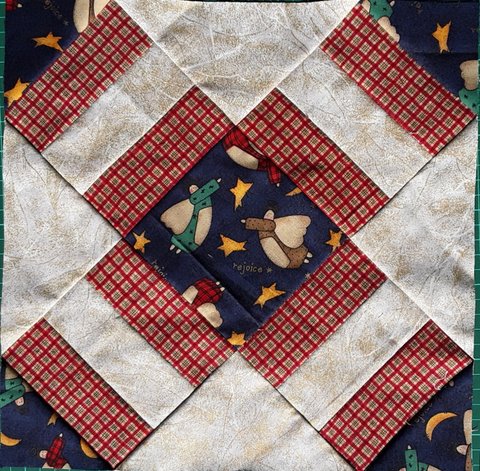 Little Joe poked his left boot into the snow, murmuring: “There must be ashes, a lot of ashes. Last week the old cabin burned down by lightning.” The boy looked around, grabbed a broken branch and poked more intensely, but he only dug out more and more pristine white snow.

Joe turned, startled from his brother’s voice. “I, I, I’m searching for something.”

Hoss put back his head than looked around. “I remember this place; there was an old cabin.”

“Yeah, six months ago I found this place. It was when I was so angry with Miss Jones.”

“Ya were angry with her?”

“Or maybe she was, with me. But it wasn’t me. She didn’t believe me and gave me that note for Pa. And I knew…guessed he wouldn’t believe me, too, that I hadn’t broken the windowpane of the new schoolhouse during recess. So, I rode through the forest a while, and then found the small house at the clearing. It seemed abandoned, the door was open and so I went in. The furniture was old, but not very dusty and it didn’t smell moldy. The air was fresh and I liked it inside, so I sat down on the rocker.”

“I remember that rocker.”

Joe shot a puzzled glare to his older brother but continued, “After a while I knew how I could tell Pa all about the window, and yes, in the end he believed me.

“Last week I came back here but the house was burned down and then I remembered the thunderstorm. It had to be a lightening stroke.”

Hoss looked confused, “Joe, that lightening stroke must have been more than six years ago.”

“That’s nonsense, Hoss, I was in this little house last summer.”

Hoss lifted his hat and scratched the back of his head. “Joe, it’s mysterious. And there is something else: I hadn’t thought about this house for ages, but in the morning I had the strong feeling I had ta come to this place.”

“You had? Me, too, Hoss.“ The boy’s eyes grew wide in disbelieve and narrowed then. “It was like an order…or maybe more an urgent invitation.”

At that moment a familiar black form with a yellow jacket approached with long strides. “What are you doing at this place, younger brothers? Did you know there used to be a cabin here?”

“Sure, we knew it,” Hoss and Joe answered in unison.

“It’s impossible. You couldn’t; it burned down more than twelve years ago, a short time after your birth, Little Joe.”

“But I do!” Hoss insisted vehemently. “I found shelter here when I came in a rain storm almost six years ago. The door was open, I went in, and in the fire place there was a stack of logs—and even matches lay on the mantel. First I hesitated, but then I thought, when the owner returns he might be happy if the fire was just burning and the cabin was warm. In the shine of the fire I was aware that the house must be left. I sat in the rocker…and I thought a lot…”

“About what, younger brother? Six years ago you must have been twelve.”

“About you and me and Joe. And Pa and Ma. You’d just left for Boston, and I had to come to terms with it.”

Adam’s face showed his discomfort, “Sorry, Hoss. I knew it was hard for you…”

“It was alright, Adam. I felt it before, but after the time here in the house – I thought I was in here for hours and wondered if Pa would be angry, but when I returned he hadn’t even realized I was missing. I knew then it was right for you and also for me. And I enjoyed my new life as the oldest. But then ya came back…” Hoss boxed Adam lightly into the ribs, “and now I’m a poor middle boy again.” Hoss grinned until the snowball from his older brother’s hand hit him unexpectedly.

“Hey, Adam,” Little Joe piped up, letting drop the snow from his hands and deciding it wouldn’t be wise to interfere in a snowball fight of his older brothers, because he would be the one who ended up with snow in his collar. “Why are you here? Did you, too, have the feeling you had to come?”

“Yeah, I had.” Adam turned abruptly to Joe, and Hoss threw the snowball in his hand against a tree.

“And I saw the house Adam, I was in it. Were you in the old cabin, too; was there a rocker?“

“I was in it, and yes there was a rocker. It was just before your birth, Joe. I was very angry in that time, and lonely,” Adam’s voice became a whisper. “I was about to run away.” Then he turned away from his brothers.

“What had happened?” Joe gazed the back of his oldest brother in disbelief.

“I was a foolish boy then, nothing else.”

Hoss stood behind Adam and squeezed his shoulder, “Please, tell us, Adam. I remember how unhappy you were but didn’t understand.”

Adam nodded slowly, and then faced Little Joe. “It’s maybe unbelievable for you, Joe, but back then I had big difficulties with your mother…and with Pa. It seemed for me they were happier without me and my memories about my mother…I mean your mother, Hoss. So I ran away. But I knew I couldn’t survive in the wilderness without a shelter…so I thought I could live here in the cabin. I had found it a short time ago. So I came here. I used an indirect way and thought I had my traces well hidden. But when I awake the next morning Pa sat in the rocker, and you know what I thought would happen. But Pa only smiled. Then we talked a long time about Mama Inger, how we met her and what a great time we had together as a family, and then Pa told me that we could be a family again and eventually I could believe him. And we were, Joe…”

Arriving hoof beats made the Cartwright boys looking around.

“Hey, Pa, we are here,” Little Joe cried in the direction of the arriving person.

“Boys, what are you doing here, where the house Jack built used to stand?”

“We all felt an urge to come here, and my younger brothers seem to know the cabin. They could even describe the furniture, Pa. But that can’t be, since the cabin burned down a few months after Joe’s birth, didn’t it?”

“Adam, do you remember Jack? How about you, Hoss?”

Both shook their head.

“It was our second year here, he was not too big, with long wavy hair, and he was with us in our old cabin at Christmas.”

“Oh yes, now I remember him. For me he was friendly and kind of peaceful,” Adam said.

“I met him in Eagle Station,” Ben Cartwright declared. “He was broken down, and I helped him, like others had helped me. And so I bought a claim next to mine for him, and he built a small house. Later he left with a new wife for San Francisco, and gave me back that claim. I would have paid for it, but he said he was still deep in my debt. And someday he would pay me back.”

Joe, Adam, and Hoss looked at each other. “Maybe he did,” Adam mumbled. “Don’t know how, but it seemed he helped each of us…” His brothers nodded, then Hoss’s gaze focused on a small fir.

“Pa, in the first place I was out for a Christmas tree. Look at this beautiful fir. It’s smaller than we normally use in the big hall, but it’s so well grown and pretty”, Hoss said.

“You are right. It seems perfect, son.”

“It has the size of the Christmas trees, we had in our old cabin, Pa,” Adam whispered to his father. “And it has grown at the space, where the old rocker in the cabin stood.”

Ben nodded. “Don’t chop it down, Hoss, dig it up. We can keep it in a tub over Christmas and plant it in front of the house next spring.”

“Yes, Pa”, all three sons chorused, and each Cartwright had the feeling they would bring an old friend to the ranch house.

4 thoughts on “The House Jack Built (by Sibylle)”