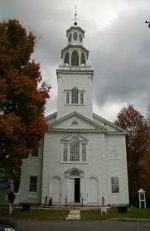 She had the prettiest voice in a hundred miles. People said it often enough, but then someone would usually make a remark- sometimes snide, sometimes pitying- about how it would be nice if she looked as pretty as she sounded. Not that she was ugly exactly, Martha Louise was simply fat. Far too fat to be appealing to any boy unless he listened to her sing with his eyes closed. Adam Cartwright stopped at the back of the church to do just that. He listened to Martha Louise’s voice soar to the rafters as she practiced the hymn she would sing at that night’s Christmas Eve service. Then the music stopped. He made his presence known, clapping his hands and calling out, “Bravo! Bravo!”

“Oh, Mr. Cartwright, it’s you.” The girl had been startled to realize she was not alone, but relaxed as she recognized Hoss Cartwright’s older brother. “I didn’t know anyone was there.”

“I didn’t want to interrupt you. I was enjoying listening far too much.” His long strides had brought him to the piano, and he could see the girl blush and drop her eyes modestly.

“Thank you. It’s not quite right, but I do my best. Reverend Forrester wouldn’t take no for an answer when he asked me to sing.”

Adam leaned against the piano. “It’s very, very good, Martha Louise. You have a lovely voice.”

“I can’t take no, I mean any, credit for that. That was the Lord’s doing.”

“You can take credit for what you do with the Lord’s gift, and you do very well.”

Martha Louise smiled at him. “It means a lot you thinking so, seeing as how you’ve had real singing lessons and all. What song are you singing tonight?”

Adam shook his head and chuckled. “None. The reverend took no for an answer when he asked me.”

“Most unwillingly, Adam Cartwright! Upon hearing Reverend Forrester’s stentorian tones, both of them looked to see that the pastor of the church had joined them.

“Oh, but you should sing, really, everyone would rather hear you than someone like me! Tell him he must,” Martha Louise interjected excitedly.

“Another song would only add to the festivities, Adam,” the reverend urged.

Adam shook his head. “I haven’t anything prepared.”

“That’s no matter. It’s not like you don’t know any Christmas hymns. You can practice right now.” Martha Louise pushed aside his objections.

“So right, my dear.” The pastor fixed Adam with a look that usually resulted in its recipient agreeing to whatever the reverend had asked. Adam shook his head. Then Reverend Forrester used his ultimate weapon. “I’m sure your father would be so pleased to know you consented to sing tonight and so displeased to hear you refused.”

Adam finished the implied threat in his mind and shrugged. “Um, perhaps I could sing something.” Adam heard Martha Louise clap in approval and an idea struck. “If Martha Louise would sing with me.”

The girl gasped at the thought, but the reverend exclaimed, “A duet! That would be lovely. I’ll leave the two of you to practice then.” The assumption that an agreement had been reached became a fact as the reverend hurried from the sanctuary before Martha Louise could speak.

“But, but…” Martha Louise began.

“No buts, my dear. You got me in to this and you will have to cover any mistakes I make,” Adam said rising to his full height, crossing his arms, and looking down at the girl. “Since you’ve been practicing this,” he continued picking up the sheet music, “I suggest we see how it goes.”

The church was full of evergreen, candlelight, and people dressed in their winter best. Adam sat next to Martha Louise in the front pew to make things simpler when time came for their duet. With so many congregants crowded into the pews scarcely a quarter inch separated them, and they shared a hymnal. Adam attributed the girl’s nervousness to their approaching performance. Then the time came for them to sing. Martha Louise sat at the piano, and Adam stood behind her. The first notes stilled their listeners, and then his baritone and her soprano entwined in the chords of “Once in Royal David’s City”. When the last note faded, Adam took Martha Louise’s hand as she rose, brought it to his lips, and then led her back to the pew. Applause being inappropriate in a church, everyone watched the two in silence.

After the service ended, Adam and Martha Louise were surrounded by people offering congratulations and compliments about their duet. Adam did not hear Ellen DeCourt’s snide comment or Paul Grant’s crude attempt at a joke, but Martha Louise did, and so did Hoss Cartwright. He followed as Martha Louise managed to edge her way out of the crowd and through the door. Hoss came up behind Martha Louise as she stood in the darkness behind the church.

“Don’t pay them no never mind. Neither of them is worth the effort it would take to spit them out of your mouth.”

She did not turn to face him but replied softly, “It’s not them, Hoss. It’s, well, it’s true. The way they said it was nasty, but basically it’s true, and lots of people were thinking the same.” She did turn to face him then. “I know your brother was just being a gentleman. It was nice though to be treated that way.”

“There ain’t no reason you shouldn’t be treated nice, Martha Louise. It’s them two’s faces should be burning with shame. I could go teach that Paul a lesson in manners, but Miss Ellen…”

“No, no! Hoss, it’s Christmas Eve.” She smiled at him. “A time for peace on earth, goodwill toward men.”

He wanted to wipe the tears from her cheeks, but he just said gently, “Reckon your right, little gal. I’ll just take the girl with the prettiest voice in town to her buggy.” He offered her his arm. Martha Louise sighed softly and took his arm. Hoss Cartwright was the only person in the world who would address her as little anything. As they reached the Blankenship buggy, they were joined by the rest of the Cartwrights.

“Managed to escape, did you?” Adam addressed Martha Louise teasingly.

She squeezed Hoss’s arm and gave him a glanced that asked him not to speak of what had happened.

“All them admirers were a bit too much for her, Adam, so we left them to you.”

“Thanks!” Adam’s tone made his lack of appreciation clear.

“Well, in my opinion,” Ben Cartwright began beaming at his eldest, “all the admiration was well deserved. The two of you, well, your duet was just marvelous. You did a magnificent job.”

“Thank you, Mr. Cartwright.” Martha Louise blushed. Then she stepped closer to Ben and whispered conspiratorially, “But you did a marvelous job on something far more important.”

“What would that be, child?” Ben whispered back.

Author’s note: This story did appear on another site years ago, so if you think you have read it before you probably did.