Stories written by fans of the TV series Bonanza

The Brandsters encourage everyone to leave a comment after reading a story; please do not include any spoilers or specific details from the story.

All comments are subject to moderation before appearing in the Library and the Brandsters reserve the right to edit comments to remove ‘spoilers’ before approving. 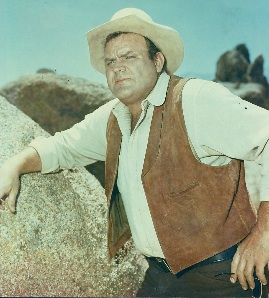 Summary:  A short piece reflecting on life after Hoss died.

It had been hard to believe. One moment, Hoss was there, the next he was gone. Tears had come instantly and denial finally gave way to belief. Organizing the funeral had kept their minds occupied and the numb pain resurfaced as they watched the coffin being lowered into the ground.

People had come; more people than they had expected, although they knew Hoss was well loved. No one was ashamed to show their grief that day and it was comforting to know that the big man had been held in such regard.

But once that was over, they had to somehow pick up the pieces of their lives and move on. Routine was a savior. The horses in the barn still needed tending and familiarity finally edged out the pain of tending to Chub.

But they had to move on from there. Routine was comforting, but could become a trap. Going into the house, Joe looked at Ben and saw how old his father looked. He knew the aching void in his own heart, and went over to his father. “Pa,” he whispered.

Looking at his son, Ben saw the pain on his face and reached out instinctively enfold the younger man in his arms, as he had done when he was a child. He sought only to give comfort, but Joe had seen the same pain on his father’s face and he, too, sought to comfort his parent, and the embrace was full of mutual love and support.

“We have to go on,” Ben said, as they wiped their eyes once more. “Hoss will come back and haunt us if we sit here by the fire and mourn.”

“I know,” Joe replied, smiling a watery smile at the thought. “Why don’t we ride out and look at the herd?”

“Good idea,” Ben agreed. He didn’t want to, but he knew he had to pick up the threads of his life as soon as he could, or he would never pick them up at all.

It was a thought facing the hands, but they were surprisingly tactful for a bunch of mostly uneducated men, each murmuring something, but not forcing the issue. Ben was not ashamed to mourn his son and he wiped away a stray tear. And a short time later, he found himself laughing at something that happened.

Going into town was the next hurdle and Joe insisted that he and Ben go in together.  It was just as difficult as they had anticipated and Ben cringed each time someone came over to speak. But then he discovered that it was much better that people did come to talk to them. What really hurt were the people who crossed over to avoid talking to them.

Watching Joe hauling the sacks of flour alone, Ben couldn’t resist a jibe. “Nice to see you doing some work, son,” he commented and Joe looked at him, a smile beginning.

“I always did let Hoss do all the work, didn’t I?” he agreed. “I always managed to find something else to do, or carried the smaller things.” Joe laughed. “Hoss complained, but he never made me do it, did he?”

“I know,” Joe replied and his lower lip suddenly quivered. But he didn’t hide his face. He was proud to be able to grieve for his brother.

“We mustn’t ever be afraid to say his name,” Ben urged, suddenly serious. “If we don’t talk about him, Joe, we’ll never come to terms with his loss. Promise me, son. Promise me you won’t let your brother’s name be forgotten.”

Hoss’ birthday was the first hurdle they had to cross. It was as difficult as they had expected and many tears were shed. But life had to go on. Joe was busy breaking and training a string of horses. Ben had to go up to the timber camps.

Then along came Christmas and it was almost unbearably poignant. “The firsts are always the worst,” Ben told Joe, as they stood in front of the fire, hugging each other. “The first birthdays, the first Christmas and the first anniversary. Somehow, when those are all past, its not quite so hard.” Ben spoke from bitter experience.

It was true, as Joe discovered for himself. He had little memory of the first year after his mother’s death and so didn’t remember the milestones being as hard. But the smiles came more naturally now, not feeling as though they were completely false and Hoss’ name was not banished from conversation. There wasn’t a slight pause after his name any more. They were learning to live without him.

And now a full year had passed and Joe stood by the grave and looked out over the lake. This was the one place where his composure shredded and he shed tears. And yet there was a peace there, too. “You won’t be forgotten,” Joe promised his brother. “People will remember you, Hoss, I promise you.”

The redheaded half of the Giggly Sisters, she lives in the Scottish Borders.