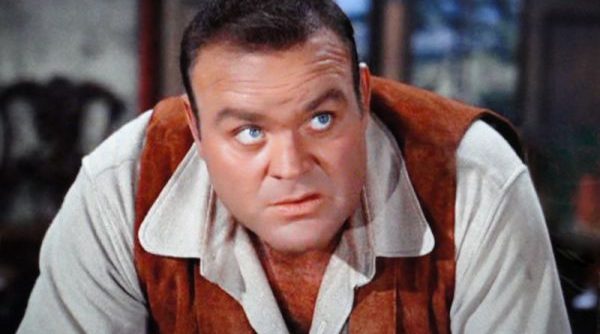 Summary:  Based on the episode The Wild One, Hoss has to explain the aftermath of his confrontation with Leif to his family and why it occurred.  They’re especially interested after seeing the condition of the main room when they arrive home.
Rating:  PG   Word Count:  1,127

The Things You Don’t Choose (based on The Wild One)

Remembering that night when he moved that baby into the crook of his arm, Hoss smiled again as he had that night. As exhausted as Prudence had been, the sight of a newborn baby was enough to make anyone have hope even where there was little to give reason for it. So helpless, the newborn was hardly as big as his forearm. Wrapping the small blanket around the babe, he was as careful as he was carrying a bowl of eggs and tucked the infant beside the mother. Confident in his thoughts at that time, he had told her he would get Leif even if he had to lasso him and drag him inside. Looking at that sweet baby, he was so sure then that the baby would get the idea through the man’s thick skull that he had a wife who loved him. It had worked, but not as quickly as expected, and her heart had been hurt even more by the rejection not only of her but of their baby as well.

That ride to the Ponderosa with her by his side with the baby in her arms and her belongings in the wagon had felt more like a ride to a prison or maybe the gallows. Although he had never made a trip like that, he guessed it would feel about the same. There was a dark finality about it like driving into a dark tunnel with no exit. Once she was settled in a guest room, he hardly had time to think about what he should do next and Leif showed up. He wanted what belonged to him.

Damn, how could a man be so dense as to think of a beautiful woman with a heart of gold who loved him as a possession. How could any man think of a child he helped create as his property. There were so many times Hoss wished he had both of those and knew he would treat them like the treasures they were if he were ever so lucky. So, he let Leif think he was going to try to stop him from taking them away. He guessed there was only one way through that man’s thick skull. Unfortunately, the main room of the house and the furniture in it took the brunt of that lesson.

Success was his though. The stubborn fool finally admitted what any person could see. He loved her and he loved his child. They left. Then the real fun started as his father and brothers arrived home to see the results of the minor mayhem of a short time previous to their arrival. His father stood in shock as his brothers took good long looks around assessing the damages. He had to explain to his father and brothers and try to get them to understand. He could see by the way they were looking at him that it wasn’t going to be an easy task.

“It’s kinda a long story.” He gave the gist of it and then began pleading his case. “But, you had to see how he looked when he came for them. Pa, he wanted his family. He finally understood what it meant to have a child. I know you know what that means. You got Adam there and me and Joe. Leif ain’t never had nobody before especially nobody who depended on him. He thought he didn’t want that, but he finally figured it all out.”

Standing between Adam and Joe with his hands on his hips, Ben waited for Hoss to explain more.

“What did he finally figure out? And why does the house look like you had to beat it into him?”

Hoping for some support from Adam, Hoss didn’t get it despite a look of desperation he sent toward his oldest brother, usually so supportive.

“Yes, large brother, enlighten us. What did he figure out in the midst of the mayhem the two of you apparently managed to create?”

“Aw, Adam, there weren’t no mayhem. It was only a little scuffle while we was jawing about things. You see, we didn’t exactly see eye-to-eye on when Prudence ought to leave. He figured they was his property, and well, dadburnit, that just rubbed me wrong. When I saw her up at the top of the stairs, I thought I’d get him talking and maybe he would admit his feelings instead of those dadblamed stupid things he said to her. Naw, he never meant those things he said, and he figured out that ifn you give love, you get it back, and he finally understood what he wanted. She came down with the baby, and the three of them looked pretty good together and they had love. That felt darn good to see that. When she was gone with the baby, he didn’t have that, and he missed it something fierce. He came to get it cause he wanted it back. In a lot of ways, he didn’t choose to have what he got, but now he’s got it, and he’s a changed man.” Hoss didn’t add any more. It was too personal. He wished he had too what Leif had.

Somehow the explanation had not softened his father’s attitude at all. He was as fierce looking about the whole situation as he had been when he first walked into the house and saw the mess. His voice was just as judgmental in tone too.

“Well, now that the changed man and his family are headed home, perhaps you could change this room back to the condition it was in before your little ‘scuffle’ while you were ‘jawing about things’ with Leif?”

With a big gulp and his best imitation of Little Joe’s puppy dog look for all three of them, Hoss made his plea.

“Lordy, Pa, I was kinda hoping maybe I could have some help with all of that. I know you three had nothing to do with all of this, but I always believed it was the things you don’t choose that makes you who you are. Ain’t that what you always said?”

“I also said you make your bed, you lie in it. Why is it you boys are so selective in your hearing?” Shaking his head, Ben began to walk to the kitchen. “I’ll be drinking some coffee while you clean up in here.”

Joe was going to follow his father until Adam snagged his collar and halted his progress.

“What the hell are you doing?”

“How many times have we pulled your skinny butt out of the fire?”

With a grin, Joe joined Adam in helping Hoss clean up the mess they didn’t make.

8 thoughts on “The Things You Don’t Choose (by BettyHT)”