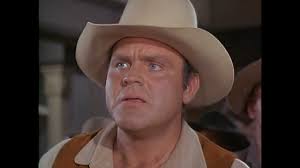 Summary: Just how did Hoss end up being the caretaker for two, little, troublemaking  girls? The opening scene we were denied in Gallagher’s Sons.

When I topped the rise, the last thing I expected to see was a house. Some brave or foolish soul – I wasn’t quite sure which – had tried to make a go of it out here in this wasteland. Judging by the state of the place, they hadn’t been very successful. It wasn’t much to look at, hardly more than a one-room shack nestled between a few scraggly looking mesquite trees, but it was a house. And what’s more, somebody was living in it.

A thin wisp of smoke curled from the stone chimney, a sure sign of life, and the familiar scent of bacon tickled my nose. Instantly, my mouth began to water. I’d been living on jerky and stale bread for the past few days, and just the thought of something fresh to eat set my stomach to grumbling.

Maybe they’ll spare a bite for a hungry stranger? As tempting as that thought was, what I needed most was water. A man wouldn’t get far in this country without it, and I still had many miles to go before the sun set.

Off to the side near a lean-to that passed for a stable, was a well.

“C’mon, Chubb,” I murmured, nudging the sorrel gelding down the slope towards the building. It was slow going. The ground was steep and rocky, and my mount had a time of it, but in the end, he made it safely into the yard without incident.

“Hello to the house!” I called, stopping a ways away from the shack.

I waited a few minutes more, but no one came out. Shrugging, I slid down from my saddle and made my way over to the well. My fingers had just brushed the handle of the well bucket when a sharp click echoed in the morning air.

“That’s far enough,” said a young voice, and I froze. Turning my head, I could see that the door to the house was ajar and sticking out of the opening was the toe of a small, well-worn boot; about two feet above that was the black maw of a sawed-off shotgun.

Cold sweat broke out on my forehead.

“I ain’t hunting no trouble,” I said, and slowly gestured to the well, “I just stopped to get some water, that’s all.”

The door opened a bit more and a slip of a girl no more than twelve stepped out onto the porch, weapon in hand. She had a face that was all angles, from her high cheekbones to her pointy chin, and she had a pair of the coldest, blue eyes I ever did see. For one so young, she had the look of a schoolmarm about her, but no teacher I’d ever heard tell of wielded a scatter-gun with precision quite like she did. There was no doubt about it, she knew what she was doing. “Well, you can just ride on outta here, saddle-tramp,” she replied, waspishly.

“Missy, my canteen’s dry and this here animal ain’t gonna make it to the next watering hole without something to tide him over,” I said, eyeing that gun. She had steady hands and I knew if I made a wrong move, she’d not think twice about pulling the trigger. “I could pay you for it,” I added.

She frowned. “I don’t want your dirty money. I want you back on your horse. I want you to ride outta here and never come back.”

I cast one last longing look at the well. Turning, I carefully made my way back towards Chubb, being mindful to keep my hands far away from my six shooter. I needed some of that water and I needed it in the worst way, but I wasn’t about to risk catching myself a deadly case of lead-poisoning in order to get it.

So much for hospitality.

I’d just stuck my foot into the stirrup and was about to mount up when another even smaller girl poked her head out of the doorway.

The girl with the gun, turned a sickly shade of gray. She bolted into the house.

Despite the outward appearance of the shack, the inside was neater than a pin. Everything was in its place: the floors were swept, the fire stoked, and freshly washed dishes lay face-down on a towel-covered table to dry. In the far corner was an iron-framed bedstead. A prone figure of a man lay on the straw-filled mattress, the front of his shirt crusted with dried blood.

“Pa?” the gun-toting girl whispered as she gently shook the man’s arm.

My heart sunk into my boots.

“Pa?” she said louder, shaking him rougher than before.

Reaching out, I placed a hand on her shoulder.

Whipping around, she tried to bring the gun up, but I grabbed the barrel, forcing it away from me. “You! Get outta here! Get outta here right now, do you hear?” She was pricklier than a cactus and just as ornery.

“Just settle down, now, I ain’t gonna hurt you none. I was just seeing if you needed help.”

The smaller girl latched onto the other’s arm, cutting her off. “Charlie, stop! Maybe…maybe he can help pa get better.”

“Will!” Charlie hissed, glaring down at her, but then she slowly lowered the gun. She glanced up at me for a long moment before she let out a defeated sigh. “Oh, all right, but no funny business.”

Stepping around the girls, I neared the bed. One look was all I needed to confirm what I’d suspected. His eyes were open, fixed, staring at nothing.

Charlie stared at her father, stone-faced as the little girl beside her began to cry. I couldn’t help but be reminded of that terrible day when my mama died and I’d had to be strong for Little Joe as he’d sobbed in my arms. We had something in common, she and I.

I shook my head. This girl was far too young to have such responsibility laid on her shoulders, but life as I’d learned over the years, was never fair. Parents died and children were left alone to fend for themselves; it happened every day. It was the way of the world.

And as they grieved over their pa, I knew the last thing they’d want was an audience, so I silently slipped out of the house and went looking for a shovel. I doubted those gals would accept any comfort from me, a total stranger, but I could dig their pa a decent grave – it was the least I could do. After all, the man needed a proper burial.

As I searched through the stable for a spade, it came to me that those girls were now orphans. There didn’t seem to be anybody else around the place: no ma, no uncle, no old cowhand. Nobody.

The thought brought me up short and I nearly swore. I didn’t want no part of this. I was just passing through, and only my need for water had brought me to this shack to begin with. But I couldn’t just leave those gals out here in the middle of nowhere all alone, could I?

Sitting down on a musty bale of hay, I put my head in my hands and swallowed back a groan.

Just what sorta pickle have I gotten myself into now?

I wrote this for another writing challenge on Bonanza Boomers called Bonanza Ballads. I was given the song title “I Want You Back” by the Jackson 5 and had to write a story based solely on that song title. This is what came to me.

By the way, I couldn’t come up with anything better as a title for this piece, so if anyone can, let me know. I’m not emotionally attached to this one or anything. LOL!

8 thoughts on “The Pickle (by Annie K Cowgirl)”