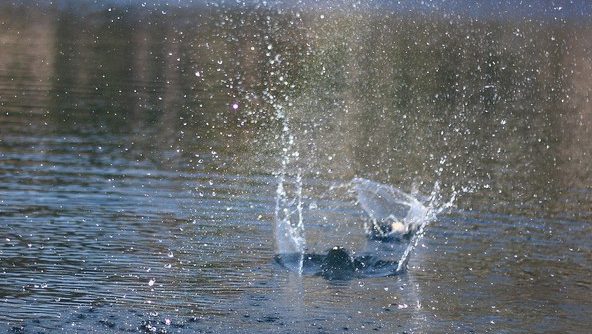 Summary: “Pa’d once told us boys that a person shouldn’t go into marriage thinking that they could change their spouse; they’d only tear each other apart in the end. It was a piece of advice that I’d nearly forgotten.” A missing scene from the episode The Courtship.

“I’m sorry,” my older brother’s words echoed in my mind as I tossed a pebble into the still, blue waters of Lake Tahoe.

What a useless phrase. Adam had used it as if words alone could somehow bridge the deep gap of betrayal his actions had formed between the two of us. Brothers were supposed the stick together, not stab each other in the back.

“We did it for you.” Now Joe’s voice joined Adam’s in my head, and my stomach flopped sickeningly. I chucked another stone into the lake, watching as the ripples spread outwards in ever growing rings from the place where the rock had sunk beneath the surface.

“We did it for you,” he’d said, as if that made what they’d done any better. It didn’t. His excuse was about as meaningless as Adam’s attempt at an apology. I’d shown them just what I’d thought of their meddling, and I had the blood stained knuckles to prove it.

Then there was Helen Layton. My fiancée. She hadn’t said anything at all. She’d just stood there staring at me, the evidence of her guilt strewn across the green, felt tabletop – willing me to understand. She was another injured party…but was she really? She’d fallen into my brothers’ trap, true, but wouldn’t she have gone back to gambling eventually? It was an addiction, and one not so easily cured.

Pa’d once told us boys that a person shouldn’t go into marriage thinking that they could change their spouse; they’d only tear each other apart in the end. It was a piece of advice that I’d nearly forgotten.

Hadn’t I been about to do that very thing with Helen? I’d wanted to stop her from playing cards, and I had thought a life with me would somehow fix all of her problems. I’d thought my love would be enough to keep her out of the saloons.

But it wasn’t enough. I wasn’t enough. She must have seen it on my face that I’d never understand her need to gamble. So, instead of trying to give me some lame excuse, she had sidled past me and moved on with another man who might be able to.

It hurt. It hurt worse than my busted fist to watch her walk away on the arm of a stranger. She’d treated me like I’d never existed, like she’d never loved me. And maybe she hadn’t. Maybe she’d just been attracted to the money she’d have had access to as my wife instead. After all, I was a homely cuss; I’d never had women flocking to me like my brothers often did. I was just poor, dumb Hoss: a man with a body built for hard labor and a pair of hands strong enough to bend a horseshoe. What could possibly be attractive about that?

I’d heard folks whispering about me and my ugliness. “He has the face only a mother could love,” one particularly nasty busy body had once said a little too loudly as I walked by. Well, maybe she was right, maybe the only people who would ever truly love me were my family.

Perhaps Little Joe and Adam had done me a favor after all by showing me that Helen would never change, no matter how much it hurt. It was a cruel sort of kindness. They did love me, I knew that in my very bones. And maybe, just maybe, someday I would find it in my heart to forgive them for it.