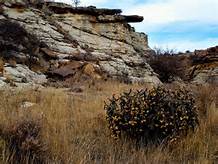 Summary:  Joe has been kidnapped and taken into Death Valley where an Indian War rages against the white man. Adam hires a mixed heritage guide to navigate the dangers in the desert and deal with the two tribes that live there as he searches for Joe.

Adam Cartwright rode into the mining town of Aurora and made his way to the saloon. The eighty miles or so from Virginia City had been long, hot, and dusty, and he was looking forward to a cold beer. As he drank, he turned and looked around the saloon, surveying the faces. When he sat his empty mug back down on the bar, the bartender brought him another beer. “I wonder if you could help me,” said Adam, turning to the bartender. “I’m trying to find someone who’s supposed to be here in town.”

“I pretty much know everyone here. What’s his name?” asked the bartender as he wiped out a whiskey glass.

“Dutton. Mike Dutton. A friend in Virginia City told me he might be here.”

The bartender straightened and looked at him suspiciously. “Wha’da you want him for?”

Adam took a long drink of the newly arrived beer. “I need a guide, and I was told he was the best one around.”

Adam chugged the last of his beer, dropped a dollar coin on the bar, tipped his hat to the bartender and left the saloon. He walked Sport to the livery, stuck his head in the barn door, and called out, “Hello?”

No one answered from the barn, but as Adam turned to walk to the corral, a skinny fellow in buckskin pants and a loose jacket came around the corner, and seeing Adam standing there, stopped dead in his tracks. “Who are you?”

“My name is Cartwright. I’m looking for a guide by the name of Mike Dutton.”

The man had several bridles looped over both arms. He walked past Adam toward the barn and disappeared inside. Adam followed him and stood in the door, waiting for an answer. Once the man had the bridles hanging on the wall, he turned to Adam. Sunlight from the open barn door brightened the dull interior of the barn around the shadow Adam cast, allowing him to see the man’s face. He studied it for a moment, straining to see in the shadow cast over the face by the man’s hat. When his eyes adjusted, he realized the facial features of this person were too soft for this to be a man. He was speaking with a woman.

“I’d appreciate it if you could tell me where I could find Mike Dutton.”

Adam chuckled. It seemed everyone he asked about Mike Dutton wanted to know the same thing. “I want to hire him as a guide.”

“What for?” asked the woman guardedly.

Adam took a deep breath, shifting his weight to the other leg. “That would be between Mr. Dutton and me.”

She went about her business in the barn. “Well, the only way you can get to Mike Dutton is through me, so suppose you tell me exactly what you want, and I will think about telling him.”

She laughed as she threw some hay in a stall trough and motioned to Adam to let Sport eat. “Dutton is not married and probably never will be. Let us just say I am his conscience.” She carried a bucket of water into the stall and came back out. “Where d’you wanna go?” she asked, leaning back on a post, fiddling with a stem of hay.

“Death Valley,” answered Adam as he loosened the cinch around Sport’s stomach.

She narrowed her eyes, looking sideways at him. “Why in the name of all that is sacred would you wanna go there? Do you not know the Aha macave and Shoshoni are at war against the white man? You would not do well to go there…white man,” she added disdainfully. As she spoke, she moved into a ray of sunlight coming in from the open door and took her hat off, allowing her hair to fall over her shoulders.

Adam looked over Sport’s back and could see that her face was tanned, he assumed, from working in the corral in the sunlight. Her hair was a light brown, but had lighter streaks that told of time in the sun. He moved his attention back to his saddle. “I have no choice.”

“Everyone has choices, Mr. Cartwright. Why is this your only choice?”

“I’m tracking someone who took something from me.”

“Does it matter?” he asked, glancing back up at her.

She snorted. “Mike Dutton does not take anyone into Death Valley without a good reason, and so far, you have not given one.”

Adam stepped out of the stall and looked at her with stolid iciness. “They took my brother.”

The woman straightened and tossed the stem of hay to the side. She glanced at his horse, a well cared for animal. His saddle was an expensive one. She looked carefully at Adam. He wore nice clothes, nicer than other cowboys in town wore. His hair was cut and neat, and his fingernails were clean though it was apparent he had not shaved or bathed for several days. Even the way he carried himself, with purpose and confidence, told her this was a well-bred man of means. His quiet self-assurance, and the way he wore his gun comfortably, like it was a part of him, suggested he could take care of himself. “Come with me, Mr. Cartwright. You may speak with Mike.” She led him through a door at the back of the barn, across an alley and into a modest house. “Would you like something to drink? I have coffee, whiskey, and water.”

Adam looked around the sparsely furnished room, noticing that there was only one bed. “Miss, I’m in a hurry to leave. May I speak to Mr. Dutton?”

“Relax, Mr. Cartwright. Please, sit,” she said, pointing to a chair at the table in the middle of the only room in the house. “Are the men who took your brother white men?”

“Yes, they are,” he answered, still standing.

Adam exhaled heavily, pursing his lips in aggravation, but sat down, understanding that he would only see Mike Dutton when she was ready for him to see Mike Dutton. “If they keep going south, and they have since they left Virginia City, they have to go into Death Valley.” He hesitated. “Isn’t Mike Dutton a white man?”

She smiled. “Let me tell you about Mike Dutton.” She sat in the other chair watching him look at the bowl of apples on the table. “Please,” she said, slightly pushing the bowl toward him. “The first Mike Dutton was a white man who married a Shoshoni woman. They had a child and named him Mike, who married an Aha macave woman. They also had a child named Mike. So, you see, there is more Indian blood in Mike Dutton than white blood.”

Adam took a bite of an apple and sat silently studying her. It wasn’t just her face that was tanned. Her hands and what he could see of her arms and neck were smooth, unblemished and bronze. Her eyes were dark, almost black, and her hair was not the coal black of Indian hair. He realized Indian blood ran through her veins, but he also knew it was mixed with white blood. “Is your name really Mike, or is that just what they call you?”

She slightly grinned and sat back in her chair. “Ah, Mr. Cartwright, you have solved the riddle. My parents called me Michael, not Mike. But since my father died, I have been Mike to everyone.”

“Well, Michael,” he began, while raising one eyebrow and looking her square in the eyes. “I can understand your ability to deal with the Shoshoni, but what about the Mojave? I don’t think I’ve ever heard of a friendly Mojave.”

She smiled. “It would be better if you learned to use Aha macave, not the name the white man gave them.” She paused and pursed her lips. “The Aha macave can be a problem, but we will do our best to avoid them.”

Her nostrils flared as she looked down at the table. Fools…they always want to negotiate. She answered, looking gravely into his eyes, “That depends.”

“On what?” he asked, meeting the severity of her gaze.

“On whether we come out of this alive.”

Adam chewed another bite of apple as he thought. She came very highly recommended, or did she? Could it have been her father the old man in Virginia City remembered? Still, the bartender seemed protective of her, and she certainly didn’t let it be known to strangers who she was unless she was given a good reason. She was careful, but that still didn’t mean she was a skilled guide. “Miss Dutton, I don’t mean to slight you, but I have some concerns about hiring a woman as a guide.”

“Then go find someone else if you have the time to waste,” she responded aloofly.

He raised his eyebrows and drew his chin upward, nodding. Alright then. “Thank you for the apple,” he said and left.

I'm an Primary Software Engineer who writes technical manuals and was talked into writing fan fiction. I love all things outdoors, including my horses. I also love that I live in the mythical Cartwright stomping grounds and roam all the way from Virginia City to San Francisco looking for old roads, ghost towns and stagecoach stops. My favorite pastime is taking a 'no technology' weekend on horseback with a pack horse into the area around Lake Tahoe and the Desolation Wilderness. I do, however, take a GPS with me, so I don't get lost.

2 thoughts on “Death Valley (by MonicaSJ)”