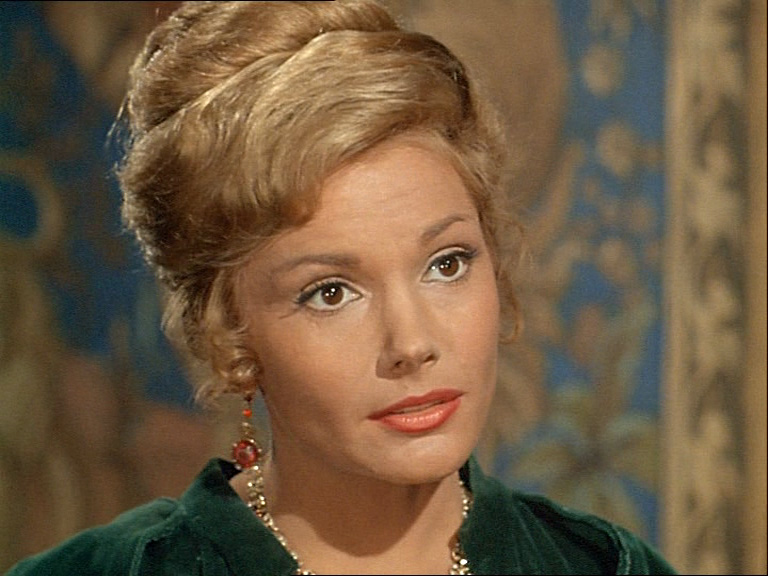 Summary: Marie takes a moment to contemplate her life: past, present, and future.

Rated: K+ for mentions of death

Marie Cartwright set aside her mending and took a moment to just enjoy her surroundings. The view from her vantage point on the front porch, was breathtaking. It was a beautiful day. A light, pine-scented breeze kissed her sweaty cheeks, tugging a few errant, blonde curls from the bun at the back of her head. The sun was shining in a cloudless, blue sky. A pair of finches fussed amid the branches of a nearby tree, adding their racket to the everyday sounds of a working ranch. A mangy grey and brown monster wander into view from around the side of the barn and plopped down in a patch of grass to aggressively scratch at a flea-bitten ear with his left, hind foot. The dog, Bête*, had appeared seemingly out of nowhere one morning; a single look at the massive, rail-thin brute was all it took for her to fall in love. Her husband had been harder to convince, but in the end, he had let her keep the animal.

She loved this land, despite all of its potential dangers. It was a simple, harsh, lonely way of life on this ranch – this Ponderosa – that Ben Cartwright had brought her to two years ago, but it was a good life. The vast deserts, the icy mountain streams, the valleys chock full of multicolored wildflowers, the snow capped peaks of the Sierra Nevadas, it all spoke to her soul in a way that no other place ever had.

Louisiana still had some claim on her heart. She had loved wandering down Canal Street with a parasol shading her from the hot sun. She had loved seeing fireflies flashing amid the old oak trees, their elegant branches draped in Spanish moss. She had loved hearing the warm sounds of an accordion being played by a Quadroon* boy on a nearby street corner.

Her sultry New Orleans, oh, how she missed it!

And yet…there were things about it that she did not regret leaving behind. The summer months were awful. The heavy, wet heat that made breathing difficult, the swarms of mosquitoes, the cemeteries filled with new graves of the poor souls who had succumbed to the dreaded Yellow Fever…no, she did not miss summer in the city. Nor did she miss the looks of disgust that some of the ladies would send her way, or the way they gossiped about her behind their fans just loud enough for her to hear their vicious words.

Shaking her head, Marie pushed the memories aside and fished a pair of Hoss’ trousers out of the basket beside her rocking chair. There was a large hole in one knee and she set to work, plying her needle and thread. There was no need to think about what she had left behind when she married Ben, because she had so much more to call her own here than she ever had in New Orleans. She had a husband whom she adored and who adored her with every fiber of his being. She had two step-sons who were dearer to her than words could express. And soon…she paused in her mending and pressed a hand to the gentle swell of her belly, soon she would have a little one of her own to dote upon.

Yes, it is a simple life here, she thought as she gazed at the handsome form of her husband as he crossed the yard on his way to the barn, but I would never give it up – not for the whole wide world!

*Bête means “Beast” in French. Marie named the dog after the French fairy-tale La Belle et la Bête, which we English speakers know better as Beauty and the Beast. It’s pronounced “bet”. Bête’s looks are based on an Irish Wolfhound, though he is a mutt and not a pure bred dog.

*Quadroon: a person who is one quarter black by decent.

This story was written for a writing challenge on Bonanza Boomers. I was given the song title “Summer in the City” by the artist Lovin’ Spoonful and had to come up with a story that included only the title and not the lyrics to the song itself.

9 thoughts on “A Simple Life (by Annie K Cowgirl)”