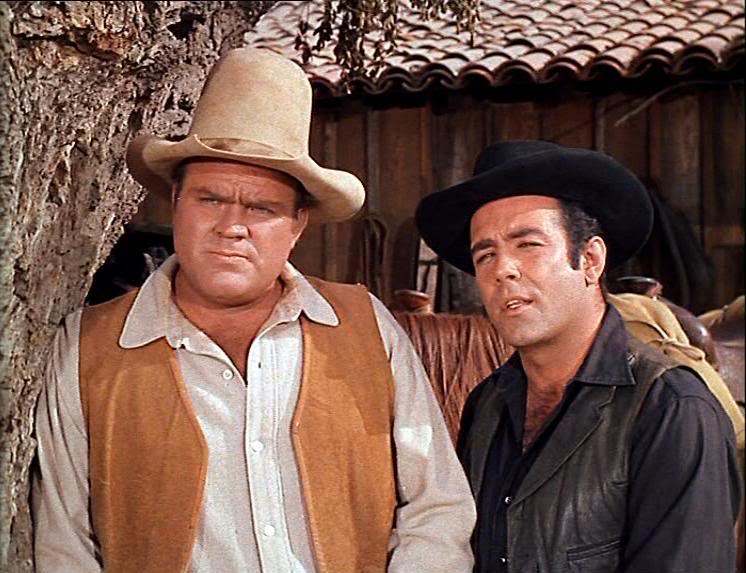 Summary:  A tribute to Bonanza World:  much loved, gone too soon. Adam’s nightmare would indicate that all is lost. But Hoss has a different perspective…

“It was a pub to visit at the end of the day; a coffee shop where I could have a cup and a giggle before heading to work; a place to go when chocolate lunch wasn’t happening; and even a place to commiserate or rant.'”— Freyakendra

My own shout awakens me, and I find myself sitting up in bed, the covers twisted around my legs. “Pull yourself together, Adam,” I mutter, squeezing my eyes shut and pressing my fingertips against my forehead, as if that will make the nightmare images recede. It doesn’t.

Shaking my head once, twice, hard, I think for a moment that I’ve banished the images. But when I unwrap my legs, smooth out the covers, and lie back down, the faces return, orange in the glow of the flames.

Irritated, I fling back the sheets and swing my legs over the side of the bed. The braided rug feels coarse under the soles of my feet, a welcome shot of reality. I stand and cross to the window, flinching a little at the cold floor when I leave the rug. Sliding the window open, I place my palms on the sill and lean into the darkness, relishing the breeze as it ruffles the hair on my chest. My pores tighten against the chill, and I think, Yes, this will chase the fire-dream away.

I don’t have nightmares. Joe had them for a while, but they stopped once he conquered his fear of falling. As far as I know, neither Pa nor Hoss has ever been plagued with nightmares. And I certainly am not.

A knock, too tentative for Pa, sounds at my door. Joe? But no, the door opens a crack, and it’s Hoss who speaks, barely above a whisper. “Thought I heard you up. Want to help me raid the kitchen?”

Straightening up, I allow myself a small smile. Good old Hoss. Dollars to cobwebs, he heard me yell, and he wants to make sure I’m all right. But unlike Pa or Joe, he won’t come right out and ask me; he’ll wait and see if I want to tell.

“Sure,” I say, glad for the company, even though I don’t plan to talk about the dream. It was nothing.

I grab my housecoat and slide into slippers, and we tiptoe down the stairs. I don’t know about Hoss, but I’m suddenly fighting the urge to snicker, or maybe even giggle like Joe still does sometimes. Sneaking down the stairs brings back such memories! Everyone thinks of me as the responsible son, the one who was born an adult, but I had my share of wild oats to sow. Unlike Joe, however, I rarely got caught. Poor kid, he has no idea how transparent his expressions are: whenever he plans a bit of mischief, it shows all over his face, and all Pa has to do is watch him closely until he steps into whatever hole he’s dug for himself. Hoss and I, on the other hand, sneaked out of the house several times and went roving before we decided it wasn’t worth being worn out the next day. Chores had to be done, no matter how much carousing we’d done the night before. (Funny, though, how the chores always seemed to double whenever we’d been out…and I’m sure I caught Pa’s knowing half-smile a few “mornings after.”)

A few minutes later, we’re settled into chairs in Hop Sing’s kitchen, each with an enormous slab of cold apple pie before us. Hoss digs into his, and I take an appreciative bite. The sweet-tartness bursts inside my mouth, and the dream-voices are barely there now.

But now that I’ve thought of them again, they edge closer, and I put my fork down, almost choking on the now-soggy lump of pie in my throat. Hoss frowns at me.

I cough. “Nothing,” I say in answer to his unspoken question.

“You were about to ask what’s wrong. Nothing.”

He shakes his head. “If you don’t want to tell me, brother, then don’t. But don’t say ‘nothing’ when it’s something.”

I stare in silence at the pie. There was pie in the dream, wasn’t there? And suddenly I’m telling him. Telling him everything. It’s spilling out of me, and I couldn’t stop it if I wanted to—and I don’t even want to.

It started out so…peaceful. Like a home. Only it wasn’t a home, it was a saloon, of all things. But not just any saloon, Hoss. There were red-checked curtains inside, and none of the girls had that hard look they get after just a few weeks of work. Oh, some of them were loud and boisterous, but they were also kind. They gave each other little pats and brushes as they walked past, as if they were trying to show they weren’t competing. And some of them were sweet and a bit shy. And they were all laughing, or at least smiling, and touching us, too.

Us. Yes, us. You were there, and Joe, and Pa. And I caught glimpses of Candy and Hop Sing, and Roy a couple of times, and some people I didn’t recognize…but somehow I knew them. There was a saloon girl carrying a rose, and I kept thinking I wanted to meet her. But a lioness—yes, a lioness—with startling green eyes kept blocking my path. Once, the lioness was being ridden by a little girl with short dark hair. She looked at me solemnly and said, “Remember the chuckwallas, big brother. Everything has to die.”

And then the saloon burst into flames. It was—oh, god. It happened so fast. One minute I was sitting at a table eating apple pie, and the next everything was red and orange, and the flames were so loud, and people were screaming. And the people turned into sparks and went flying up into the sky, like a swarm of bees at first, but then they dispersed and I couldn’t see them anymore. But I could hear them.

One of them kept saying, “I’m finish.” I tried to tell her she should say “finished,” but there must have been smoke in my throat, because the words wouldn’t come. I shut my eyes against the flames, and when I opened them, there was a Shetland pony in front of me, rolling its eyes in terror. I reached for its mane, thinking I could save the pony, but it disintegrated into another shower of sparks, and I was left grasping at fireflies.

Words started sounding in my ears—so many words, a jumble, a cacophony. Pride, commodore, skillet. Alice in Wonderland, the running of the bulls. On the shelf. A Chinese feast. A girl named Mike, and two for the road…and three, and four, and a million tiny ladybugs dispersing on the black, black wind.

I reached for you and Joe and Pa, but everything was orange and black, and you were gone. There was…no one. Nothing. I yelled, “No!” and then I woke up.

I shake my head…once, twice, hard. Then I try to smile, but only one corner of my mouth goes up. Hoss has stopped eating. He sits gazing into space, and he is smiling. What’s in that head of his, to make him smile?

When he speaks, his voice is quiet, but not hesitant. It’s firm, like the rest of him, and I breathe its firmness.

“So that’s what happened,” he says.

I feel my brow furrow. “What are you talking about?”

He looks at me, blue eyes steady in the lamplight. “My dream picked up where yours left off.” He shrugs in response to my open mouth. “I don’t know how. And I don’t know what it means. But here’s what I dreamed.”

Hoss was in a meadow, a dark meadow, surrounded by the looming shadows of hills on all sides. He was alone, and scared witless, like a child who’d been snatched and then abandoned. No crickets chirped, no coyotes called. No stars shone. There was darkness, and there was silence, and that was all.

And then the sparks began to fall from the heavens: orange, like fireflies or glowing cinders, and when they landed on the grass, he was afraid they’d set it ablaze. But as they touched down, they grew into children, lost children, snatched and abandoned like him. When they saw him, recognition flashed into their eyes, and they became women, and they stumbled toward each other, groping for comfort.

One of them pulled free of the groping, comforting tangle of women and flung herself at him, shouting, “Hoss! It’s raining!” And it was. Hoss buried his face in her shoulder, and she laughed and pressed against him. The rain fell down in great, cleansing torrents, and the women continued to fall from the sky, orange sparks between the cool drops. And I, Adam, was there, with my arms wrapped around the neck of a lioness who licked the ashes and soot from my face, and Pa was there with a woman and a boy and the dark-haired girl, and Joe was there with a young Paiute man who grinned and said, “How do you people survive?”

Hoss stops talking and shoves another forkful of pie into his mouth. I stare at him. He wouldn’t be making this up. Hoss is one of those rare people whose tongue would fall out if he told a lie. But he’s right; his dream seems to have picked up where mine left off. How is that possible?

And what does it mean? The dream, the symbols…the lioness, the ladybugs, the rain, all the rest…what do they mean?

He shrugs again. “Eat your pie,” he says with his mouth full.

And suddenly, I know that I’m safe. I’m safe, and all those women in my dream—whoever they are (if they exist at all)—are safe, and we’ll find each other when and if we’re supposed to. Right now, Hoss is with me in a quiet kitchen, and Hop Sing will be angry when he sees half the leftover pie gone tomorrow. Or at least he’ll pretend to be angry, which is exactly as it should be. Pa is asleep upstairs, and Joe is either asleep or out carousing, and that’s as it should be, too.

“There will come a time when you think everything is ending. Yet that will be the beginning.” – Sackett, by Louis L’Amour

4 thoughts on “Afterword (by JoaniePaiute)”