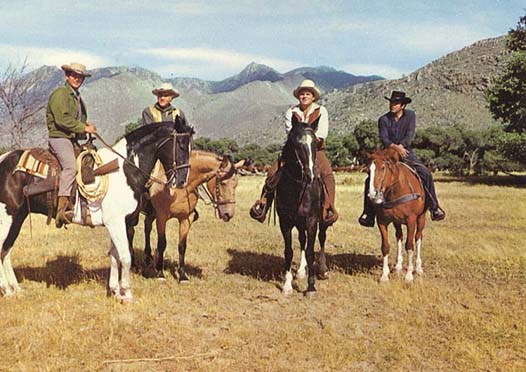 Summary: Did Adam really shoot Joe by accident in My Brother’s Keeper? Or was there something more sinister going on? the Giggly Sisters investigate.

A Wolf in Sheep’s Clothing

Ben Cartwright was having an enjoyable day at home, catching up on the accounts in the funny wee cubbyhole he glorified with the name of “office”. This was a rather small, cramped space, with a window that moved from the side wall to the back wall with alarming (and rather tedious) regularity, but at least it was always placed inconveniently high. The office did have one major point in its favor: it meant that Ben could keep a close and fatherly eye upon his three sons.

At the moment, the house was quiet, except for Hop Sing banging some pots and pans in the kitchen, to the accompaniment of The Eton Boating Song, in his fetching counter-tenor voice. It was safe to assume that Adam was also outside; for had he been within earshot there was no doubt that he would have attempted to accompany the diminutive factotum of the Ponderosa, despite the fact that he’d only ever learned two songs in six entire seasons of the show. Ben felt it would be too soon if he never heard either Early One Morning or Sweet Betsy from Pike ever again. Even if they were sung in tune this time and without melodramatic facial expressions.

Obviously, Hoss was outside too, for it was difficult to miss someone of his second son’s stalwart stature. That only left Joseph. Ben looked carefully around the living room, for Joe was small enough to tuck himself away quite neatly, but there was no sign of the telltale sticky-out ears. It actually looked as he were about to have a peaceful day! Even the Giggly Sisters and their pet bear, Paw, were nowhere to be seen. Of course, they were probably with Joe: they usually were.

Ben’s reveries were rudely interrupted by a loud gunshot, close to the house, followed by an indignant “You did that on purpose!”

Heaving a sigh, Ben stood up and checked his reflection in the glass of the framed map of the Ponderosa. Yup, he was wearing his mid-grey, softly curled wig, which allowed him to exude responsibility and moral rectitude, while at the same time extending a fatherly compassion.

Paw came scurrying through the door, all four feet scrambling wildly on the wooden floor, followed closely by Adam, Joe and the girls.

“I did no such thing!” Adam stated firmly. “It was an accident, pure and simple.”

Joe’s voice did that agitated squeak that played havoc with the recording engineer’s hearing, although pipistrelle bats found it perfectly delightful. “You tried to shoot me!”

Adam glared at them and just managed to resist the temptation to throw his hat onto the ground, as he had done in The Savage. “When will you stop going on about that?”

“Perhaps if you could give us a full explanation of what actually happened in My Brother’s Keeper?” Ben suggested, extending his hands in supplication. He’d always felt Adam’s story was a little lacking in vital details. Like what had actually happened.

“I already told you,” Adam replied, sulkily. “I thought Joe was a wolf.” Even to his ears, this explanation lacked a little something. Conviction that was it! It lacked conviction.

“Well, excuse me,” said the redhead, “but even my eight year old daughter knows the difference between Joe and a wolf, even if she does have a toy wolf called Joe.”

At this, the men of the Ponderosa exchanged glances. They were never quite sure if the redhead was serious about her children, but it was one of those things that it was better not to enquire into too deeply. Joe was quite flattered to think that Elen (whose name was spelt the Welsh way, just to confuse the world) would name her wolf after him. The blonde whispered into one sticky-out ear that she had suggested the name. Joe was even more flattered.

Seeing that no one believed what he was saying, Adam made another attempt to clear things up. “I saw the wolf and shot at it. Joe just got in the way.”

“Joe was behind the wolf,” the redhead stated with the certainty of one who has watched said episode several dozen (ok, hundred!) times. “I saw him perfectly clearly.”

“As plain as the nose on your face,” agreed the blonde. “Try again.”

“The bullet ricocheted,” Adam said, in desperation. “It must have! I’m an excellent shot.”

“And then draping your arm over his wounded shoulder,” said the redhead reproachfully. She shook her radiant curls, and Adam wondered how come they were a different color of red than they had been when she first arrived at the ranch. “You cruel brute!”

“And making him wear your custard-colored coat!” added the blonde. “He was obviously warm enough without it before, since he didn’t have a coat.” She looked at Joe lovingly. “How come you always have on a thinner coat than everyone else?”

“I’m tough,” Joe said, and struck a pose that made the sisters clutch each other for support. “But I hated wearing that coat. He didn’t even put my arms in the sleeves properly. And then the way I was thumped down on the seat of that buggy! Absolutely no consideration of the fact you’d just shot me, seen me half-mauled to death by a wolf and then kept me out all night!”

Ben shot Adam a stern look. “You know I don’t like Joe being out after dark,” he intoned solemnly.

Adam was feeling incredibly persecuted. “I did my best under what can only be described as trying circumstances. And we were jolly lucky to have the Reardons to help us.”

Hoss looked skeptical, but happy at the same time. The scriptwriters didn’t normally write such complex emotions for him, so he was determined to make the most of this opportunity. “I thought they were plumb weird,” he said. “Mind you, I was so upset I even called Shortshanks here ‘Mike’!”

“They were very helpful,” Adam responded angrily, conscious that he had spent inordinate amounts of time with prissy-mouthed Sheila Reardon and her proselytizing father Emmet.

“Pity they couldn’t do a realistic Irish accent,” interjected the blonde acerbically. “Where was the father supposed to be from?”

“That’s hardly the point!” Adam protested. “They even helped me remove the bullet from Joe’s shoulder.”

Hoss took a firm grip off Adam’s own shoulder and regarded his brother seriously. “Still, there weren’t no reason to remove that there bullet with the potato peeler and the sugar tongs.”

“You squirmed in agony!” the redhead said tenderly. “Anguished tossing of the head, frantic little movements of your legs!”

“I remember.” Joe’s brow furrowed at the memory. “But by that point, my back was giving me gip, because me dear brothers chucked me down on the bed from a great height. It was almost as bad as lying on that hideously uncomfortable sofa. Mind you, at least it’s long enough so that my feet don’t hang off the edge!” He felt a small, furry paw edge its way into his hand and picked up Paw for a consoling cuddle.

“I still maintain Sheila was a great asset,” Adam said stoutly. He wondered if he should get a bit more exercise. “She helped immensely with nursing Joe.”

His younger brother grew pale and clutched Paw convulsively. “You’re not telling me that you let her … that she … aw, please Adam, no?”

A slow smile crept over Adam’s face. “She was invaluable. A real trooper.”

The blonde felt it was time to move the subject on to less controversial subjects.

“Why did you call out ‘Joseph’ when you got home?” she asked curiously. “You knew he was dangerously ill, so what did you expect him to do – bounce out of bed and run downstairs?”

Ben patted her on the knee, knowing that she was just having her little joke. Such a lovely young girl and so fond of dear Joseph. Although he did wonder if it was entirely proper to have a bear as a pet. How could he tell her he’d burst through the door and then forgotten his lines?

“Well,” he hedged, “he was bound to have had some of Doc Hickman’s Marvelous Medicine TM, and I thought he might be up and about again.” Ben heaved an inward sigh of relief; another nasty moment nearly averted.

“I wonder what exactly was in that medicine,” the redhead mused. “He could patent it and make a lot of money.”

“Only too well,” sighed the redhead, whose family seemed to use more than their share of the National Health’s resources, but still never were completely well. “But I’d still like to know what it was.” She looked at Hoss, who had gone for the medicine, but he was in the middle of a snack, and she knew better than to disturb him.

“I’ll tell you what it was,” Joe stated firmly. The girls did so love it when he came over all-masterful. “It was disgusting, that was what it was!”

Everyone laughed and no one noticed the small, secretive smile that edged onto Adam’s saturnine face. There was no doubt that he certainly harbored very deep feelings towards his baby brother …