Welcome to all our readers, new and long-timers alike.  The Brandsters encourage everyone to leave a comment; we only ask that when commenting, please do not include any spoilers. By including the who or the what of the story, reviewers take away the surprise for future readers who read the reviews before they open the story. All comments are subject to moderation before appearing in the Library. We reserve the right to edit ‘spoilers’ before approving. 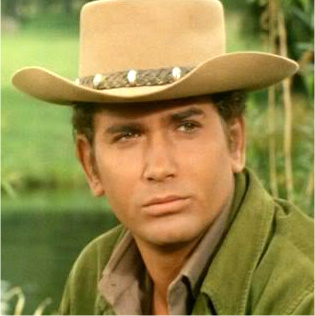 One of our founding Ladies was a lawyer/whirlwind by the name of Katie. She was into everything and we had trouble going places and not running into people she knew. Her appetite for life knew few limits and those were generally NOT self-imposed. Katie had one bad habit that we ever found: she never knew what day it was without a calendar.

He could hear his father’s voice echoing around in his head, the sound stern, the words clipped. That tone that said he had no idea what to do with this rebellious young man.

Up late…. again.
After another long night in town creating God knew what sort of mischief. Again.

Come home in the wee hours of the dawn, drunk….. again.

He had heard the lectures so many times he could tell what the next part of the tirade would be and could have almost recited it word for word. That really would have ticked his father off and he would wisely not do so except in his own mind. And there it played itself out, right down to the hand smacking the table for emphasis.

Joe Cartwright chuckled to himself. He didn’t need his father to lecture him any more since he did it so well on his own. Maybe I should just humor him and let him have at me but that thought he pushed aside just the same as he pushed the barn door open. Got you this time, Pa. I was home early last night. I was on the stairs when I heard your bedroom door close. And I got up early this morning, before you, so I could get my chores done before breakfast.

And he had done just that. He had arisen as the first fingers of dawn crept over the eastern mountains and gone out to do his chores for the day. He had started by making sure his own horse was cared for: groomed, fed and watered, and the stall mucked out. That chore each of Ben Cartwright’s sons did for their own mounts. But Joe had even taken care of Buck, his father’s horse, the buggy horse, Sally and the two Belgians who handled the buckboard as well.

Then it was on to the chores that rotated between the three brothers. They were the necessary little things that had to be done on a daily basis: wood chopped and put into the boxes in the living room, kitchen and wash house; the pigs and chickens fed; eggs gathered and the lonely milk cow milked with the milk taken into the kitchen for Hop Sing.

But there lay the crux of the problem. As Joe stood there scratching the back of his neck, he couldn’t for the life of him remember what day it was. That would determine which chores were his to do that morning. He thought hard for a moment, trying to remember what he had done yesterday. That was a problem since every day lately had blended one into another. Okay, which chore do you hate worse? He asked himself and came up with one answer: all of them. Taking a deep breath, Joe decided he would take care of the chickens.

He had always hated the cramped chicken coop and the smell of it. It always seemed like he got cobwebs in his hair when he went in to gather the eggs. And a hen could be a vicious little thing when you stuck your hand under her to get her eggs. But he managed, fetching a dozen brown ovals into the basket he had snagged off the peg by the door. The hens were cackling gaily over the corn he had spread for them and the rooster had eyed their water pan as Joe had dumped the old water out and put in fresh.

Okay, pigs come and get it! Joe thought as he put their meal into the trough at the corner of their pen and the half dozen sows with their litters came running. Absently, he leaned over and scratched one old sow along her thick spine. You gonna be pork chops ‘fore too much longer. Cautiously stepping into the pen, he grabbed up the dirty water trough, up ended it and poured in clean water.

He was just swinging a long leg over the sty wall, when Joe saw Hoss coming around the corner of the barn towards him. Hoss was carrying a bucket of water, a puzzled look on his face when he saw Joe.

“Hey there, little brother. Thanks for doin’ my chores this morning,” Hoss spoke brightly, seeing the pigs scrambling at the food trough.

Joe stood there, a frown crossing his face, a silent curse on his lips as he recalled that he done this same chore…. when was it?…. just yesterday? Which meant he should have been doing… and his mind went blank. Maybe Pa is right. Too many late nights. I can’t remember what day it is much less what chores are mine. No wait, I know. Milk the cow. Yes!

And he smiled up at Hoss as he passed him by, patting his older brother’s shoulder as he went. “Thought I owed you one, that’s all.” Ah yes, appear generous. Keeps ‘em off guard . He smiled and headed for the barn, grabbing the clean bucket from the kitchen doorway.

He finished milking the little brown jersey cow. As much as he liked the things Hop Sing could do with milk, Joe wasn’t really all that enthused about how it was obtained. More than once, the cow had smacked the side of his head with her tail that morning. She turned her big sad eyes on him as he grabbed it and gave a good yank to it. Joe just managed to move the bucket before her kick at him would have upset it. He shoved at her flank and she mooed at him softly. He glared at her menacingly, daring her to try something else but she wasn’t in the least bit phased.

Joe was pouring a bit of the milk and its heavy cream into the pan at the barn door for the cats when he saw Adam head across the yard towards him. There was a scowl on Adam’s face and the set to his shoulders was tight. Adam could deliver the same speech on Joe’s behavior that his father could and it looked like it was headed in that direction right then. Head him off at the pass, Joe thought, letting a sly smile cross his face and heading out to meet Adam.

“Here take this into Hop Sing for me, will ya? I still got to chop the wood to fill the boxes,” and Joe kept going, heading for the woodpile.
Adam stood dumbfounded when his brother handed him the full milk bucket. Nonplussed, he turned and headed back into the house. Behind him, Adam could hear the steady thunk thunk of his brother’s ax.
Ben was just coming down to breakfast as Adam was coming out of the kitchen from delivering the milk to Hop Sing. Ben could hear the steady rhythm of wood being chopped stop, followed by the sound of the wood box at the front door being filled.

“I thought you were suppose to be doing the wood today, son. It is Tuesday, isn’t it? Did you swap off with Hoss or Joe?” Ben asked his eldest and the smile that Ben saw cross Adam’s face was one of the rare ones he reserved for pure devilment.

“No, I didn’t Pa. And that is Joe out there making the racket.” As he spoke, Adam rubbed his hands together, the smile still on his face.

Hoss spoke up from the table, drawing their attention. “Don’t get it. He done my chores this morning too.”

And the three older Cartwrights shared the same thought as they stood looking at one another, eyebrows raised but only Adam voiced it.

“What do you suppose he’s gonna do when he realizes this was his morning off?”

Many of you may remember a group of writers called the Tahoe Ladies who wrote some of the most emotive Cartwright related fan-fiction to date. Unfortunately for a number of reasons, their site containing all their work was lost a couple of years ago, leaving the bulk of their stories, as far as we know, only on one other Bonanza site. Sadly two of these ladies are also no longer with us, but one of the remaining Tahoe Ladies has kindly granted us permission and given us her blessing to add over 60 of their stories to our Fan Fiction Library. For those of you not familiar with the stories by the Tahoe Ladies…their fan fiction was sometimes heart-breaking, sometimes heart-warming. In other words you won’t be disappointed. The Brandsters are honoured and proud to be able to share the work of these extraordinary women with you in the Bonanza Brand Fan Fiction Library.

3 thoughts on “Chores (by the Tahoe Ladies)”