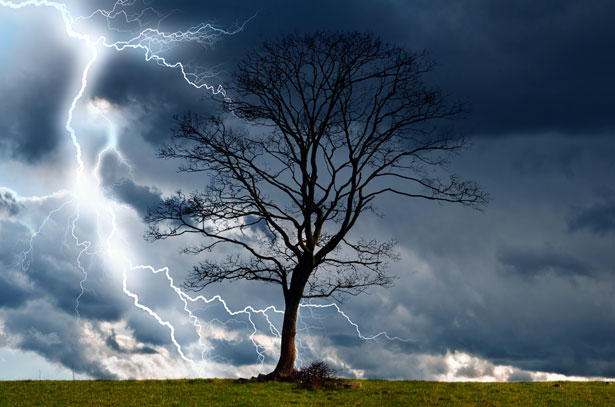 Summary:  Gossips sour Ben’s mood when he returns from a business trip; and he only wants to hear an explanation direct from the guilty party.

Adam Cartwright found his mind racing as events from earlier in the day replayed over and over.  He had never imagined things could go so wrong.  They were just supposed to pick up supplies and return home.  Shaking his head, his only wish was that it would be more than just a few days before his father returned home and during the intervening time, the people would forget the fodder that surely would set tongues a-wagging about the Cartwrights.

Slapping the mattress with both arms, he threw the blankets aside.  Giving up on sleep, he grabbed a book from his night stand, walked downstairs, settled into a chair to the side of the massive fireplace in the great room, and began to read.  So involved in the story of far-away lands, he failed to hear the horse entering the yard, nor the front door opening fifteen minutes later.

Startled by the latch falling into place when the door closed, he realized he’d forgotten to secure the house before attempting to retire earlier.  His alarm was short-lived when the intruder was revealed as his father, and now he wished he’d stayed upstairs.

Unknowing of his silent observer, Ben leaned forward to untie the leather string from his leg before unbuckling the gun belt and removing it from his hips.  Blowing out a frustrated breath, he wrapped the leather around the holster before setting it heavily on the side bureau.  Shaking his head, Ben hung his hat from the pegs on the wall.

Turning, his eyebrows rose as he compressed his lips into a thin line at seeing dark eyes peering over the top of a book watching him.  “Adam.”

“Welcome home Pa.”  Wanting to appear nonchalant in hopes the hour had prevented his father from hearing what had happened.  “How was your trip?”

In a clipped response, “The Ponderosa won the contract.”

Knowing that tone, “I take it….you heard?” Adam asked, his way of cautiously testing the waters of his father’s temper.

“Quite difficult not to hear the gossip.”

“Not one word Adam,” Ben pointed a stern finger towards his eldest.  “Plenty of others were more than happy to tell me all about today.”  Lowering his hand, “Funny thing, no one mentioned your name during the whole debacle.  And I find that surprising considering I specifically remember telling you that you were in charge when making the supply run.  That means you were to keep an eye on everyone.”  Arms crossed, he stopped in front of his son.

Having stood as his father approached, “I only stepped away for a few minutes, to run an errand.”

Ben’s temper flared.  “But you weren’t there when it happened, were you?”

“Then I don’t think you have anything to add.”

Not daring to look away from his father, “No sir.”

“You should retire to your room.”  Ben uncrossed his arms and moved his hands to his hips, “We’ll continue this discussion in the morning.”

Unsure whether he should be relieved at not having to endure any more of his father’s inquisition and wrath, Adam marked the page in his book before heading for the stairs.

Stopping at the mid-landing, “Pa?”

The time spent banking the fire and checking that the windows and the doors were latched properly closed reduced some of his anger.

All through the horrid stage trip from the big city, Ben’s one sustaining thought was of a quiet evening at home with his family.  To be through with foul-smelling passengers in cramped quarters, jostled from side to side on hard bench seats as the conveyance jolted over the uneven terrain.  For better than three days he had dreamed, it took only moments after he stepped foot on the ground outside the depot for the vision to shatter.  Yes, the gossips had been more than willing to tell all the details and admonish Ben for the transgression.

At least now, surrounded by all he held dear, he hoped he could restrain himself; he needed to speak rationally to get to the bottom of what happened.

Walking slowly along the upstairs hallway, he watched the light beneath Adam’s door dim and finally extinguish.  From outside Hoss’ room he listened to faint snoring that indicated this son’s state of slumber.

Coming to the third closed bedroom door, Ben took another deep breath.  Exhaling slowly, he steeled himself for the encounter to come.  Turning the doorknob, Ben stepped into the room.

Curled on top of the bed covers, back to the door, was the object of his ire.  When he closed the door with a thud, he observed the figure shift on the mattress revealing they were not asleep.

Turning up the faintly lit lantern on a nightstand beside the bed, “I know you’re not asleep.”

“Would you care to tell me your version of what happened today?”

Wanting to lash out at the words spoken, Ben knew it wouldn’t do any good, so he struggled to keep his temper in check. Stepping to the bed.  “What do you think?”

“I’m sure you’ve already heard all the gaudy details.”  The covers twisted inside a fisted hand, but the body never moved to sit up; to face the accuser.  “What was I supposed to do?”

“First, you can look at me when you speak to me.  I do not appreciate looking at your back.  Secondly, you could do what I’ve always told you to do.  Hold your head high and walk away.”

“That’s easy for the mighty Ben Cartwright to say.” Angry tear-filled eyes and a tear-streaked face greeted him.  “But you’re not me, the one having things said behind your back, and worse things said to your face.”

Softening his voice, “Such as?”

Sitting up, “Nothing that’s not been said before, I just couldn’t take it anymore.  Besides, I gave fair warning; said if they didn’t stop I’d take them to Fist City.”

Reaching forward to move a strand of blonde hair, “Marie…” Ben sat on the edge of the bed.

Wrapping her arms around her husband was not enough to stop the cascade of tears nor prevent the sobs from seizing her small frame.

Once his wife had settled, Ben searched for and pulled a bandaged hand to his lips.  Shaking his head, he said the only thing he could, “I take it you saw Paul?”

“Twice.”  Comforted by her husband’s presence.  “He said it was only sprained.”

Needing to unburden herself, “I had just left Paul’s when she started.  Said I wasn’t good enough for you, that I would be the ruination of the Ponderosa.  That I wasn’t a good a mother figure for Hoss or Adam.  She said she’d make sure you saw the error of your ways and she’d soon have your love.  I couldn’t stand to lose someone I love.  Not again.”

“Marie,” Ben rubbed his wife’s back.  “If any other woman were of interest to me, I would not have asked you to become my wife.  Sweetheart, you should know that after eight months of marriage there’s nothing you or anyone else could say or do that would make me stop loving you.”

Inhaling and taking pleasure in smelling the mixture of Bay Rum and pipe tobacco that was uniquely her husband, “I’m sorry for not walking away and that I punched Gertrude Abernathy.”

Sheepishly, “No.  She had it coming.  Saying you were catting around, and her making other suggestive remarks.”

“I heard she ended up on her derriere?”

“And all her crinoline was billowing and her pantaletes a showing.”  Marie giggled.

Wrapping his arms around Marie, “Must have been some sight.”

“I just got so mad at her.  And then Adam came running, he saw me holding my hand and insisted that I go to Doctor Martin’s.  I imagine she’ll have a good shiner come Sunday services.”

Replaying his wife’s confession, “You said Gertrude started in on you after you left Paul’s and you were there twice.  Why were you at the clinic the first time?”

“You can sleep in tomorrow,” Ben cooed, pulling Marie closer, lifting her injured hand and placing another tender kiss on it.  “You remember we had discussed finding someone to help around the house and to cook for the hands? I was lucky to find someone in San Francisco after concluding the contract negotiations.  He came with me, and is in the bunkhouse for the night.  I’ll introduce you in the morning.”

Hesitantly inquiring, “Are…. are you…. happy?”

Resting his hand over where their child lay nestled in its mother’s womb, “Yes, my love.  But please, just don’t let this one have your temper.”

Author’s Note:  This story was inspired after hearing Loretta Lynn’s song, Fist City for the first time in a long time.

A dressage rider who's a cowgirl at heart.

Though I wasn't old enough during the heyday of Westerns on TV, with the introduction of cable and satellite services in the 1980's, I fell in love with Bonanza, Lancer, The Big Valley, The Rifleman, and The Wild, Wild West, among others. Through syndication and fanfiction; our heroes will live on forever.

I hope you enjoy reading the stories I've written, and look forward to reading your comments.

37 thoughts on “Fist City (by BluewindFarm)”