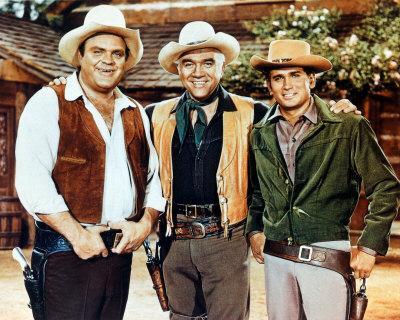 Summary:  Repair and reconstruction of an old stable on the Ponderosa is necessary to keep a memory and a hope alive for the family and leads to some stories that pull the family closer together.
Rating:  G  Word Count:  1567

Stopping his work to stretch his back and ease the strain on his tired muscles, Ben Cartwright took some time to remember when he was building the first stable on the land he claimed that became the Ponderosa. He and his oldest son did all the work from planning to the last wooden shingle on the roof. After enjoying the scenes in his mind, he thought he should share one memory with his younger sons.

“I remember Adam helping to cut these logs and place them. He was really still a child, not much older than your son, Hoss. He suggested we build the stable before we built our first cabin.”

Confused by that, Joe had a question immediately. “Why would he want you to do that? I mean he never had a house. I would think he would want a house more than anything in his life.”

“Of course I asked him why the animals deserved a solid shelter before we did. He said we could live in the loft with the animals down below. That way, we would be safe and warm and so would our animals. Always logical even as a boy, he said if the animals weren’t safe, our lives would be at risk too. He thought we needed them more than they needed us. He especially noted the need for the milk from the cow that we needed for Hoss at that time and how the eggs guaranteed a good breakfast every day.”

Pausing and looking back at his father, Hoss could see the tears that were making his father’s eyes shine in the early morning sun.

“Ya still miss him a lot, dontcha, Pa? It must be really hard on a father when all he has left is memories.”

“Yes, and I realize how my family must have felt when I left to cross the country, never likely to see them again. I can understand why Captain Stoddard was so concerned about me taking his only grandchild and crossing the country with him. How he must have been worried that something terrible would happen to Adam especially as young as he was, only an infant when I left. The Captain had already lost his daughter, and he faced the prospect of losing the only member of his family that he had left in the world.”

Joe picked up on his father’s sentiment. “And now you worry that something terrible could happen to Adam, and you won’t be there to help?”

All three were quiet for a time as they left unsaid the worry that something terrible might already have happened to Adam, and they didn’t know. It had been seven years since he had left.

“Joe, I guess that’s it. I want to be there for him. Being a father never goes away no matter where your child is or how old he is. That’s why I don’t want to tear down this old wreck of a stable. It’s got good bones, and it’s something I still have of my oldest son.”

Reaching down to pick up a small truss to replace one that had rotted away, Hoss moved toward where Joe waited on a ladder to help put it in place to brace a roof timber.

“We sure are. We’re gonna all have something of Adam until he gets himself back here to build us a new and better one.”

“Right, once we get these new timber braces in place, we’ll put new shingles on it, and it’ll be good for at least another twenty years or so.”

“What else do you remember about this old stable, Pa? Lordy, it’s been here a long time, over twenty-five years, so you must have some other memories.”

“Oh, I certainly do. We lost Joe once and he was here in the old stable. We couldn’t find him for most of a day though. We were using it to store things like straw and never thought to look for him here.”

“You were at that curious stage. I think you were about six or so. Marie was gone, and you had latched onto Adam for comfort. He could hardly go anywhere without you. The problem was he was going to be going to school and needed to get you to understand why.”

“What could that have to do with me being lost?”

“Adam tried to explain to you about construction. He used the examples of building things with straw and hay versus wood and stone. Anyway, apparently you absorbed the concepts well. The next day, you used the stacked straw in here and constructed a shelter, crawled into it, and promptly fell asleep after your exertions.”

“Oh, so I suppose no one could find me and thought I was missing.”

“You were missing. No one could find you.”

“Actually, it wasn’t a safe place. That straw made a precarious shelter, and if it fell, you would have died of suffocation. It was Adam who figured it out. He thought back to all the conversations he recalled the two of you having as well as asking what we had talked about. He remembered the construction discussion and rushed to the storehouse. The wood supplies were intact and the hammers were still there. Then he ran to this old stable. He yelled for you, heard you answer, and then headed to the straw and found you.”

“Oh, I remember that now. He wasn’t done yelling. He yelled. He hugged me. Back then, I didn’t know what all the fuss was about. I only had a nap in my straw fort.”

“You understand now, though, don’t you?”

“Oh, yeah, and if I had a son, I’d make sure he knew about those kinds of dangers. Why didn’t Adam tell me not to build a shelter out of straw?”

“He was only seventeen then. He probably didn’t know what a boy your age might do with the knowledge he was giving you.”

Hoss had been quiet through much of the conversation so Ben asked him what he thought of the whole issue.

“Pa, I hope we have a lot more of these conversations. With another little one on the way, this may be the only way I learn to be a father at least about things like this. All these discussions tell me some about what to do and a whole lot about what not to do. So, you try to stir up more of those memories cause it’s good to remember Adam, but it’s good to hear the stories of how to be a good father too.”

Hoss did have a wistful look and didn’t get back to work but stared up at the roof timbers. Ben wondered why.

“Hoss, is there something else on your mind?”

“I was only wondering if you remembered any stories about me and this stable. Oh, I know I must have been really little then, but still I must have lived in here with you and Adam.”

Joe snickered at that. “You were never really little.”

Even as Hoss sent a glare toward Joe, Ben ignored Joe’s comment. “Maybe about you and Adam doing something here?”

“I’m afraid the story I remember is incomplete. When we finished the stable and moved up to the second level, as you know, you were still a little boy. Adam was sitting up on a support truss carving his name into a timber. You asked what he was doing, and he told you. You wanted to do the same. Adam was willing so I lifted you up, and he held you in front of him as he carved your name into the timber.”

“Why did you say the story is incomplete then?”

“You were a little boy. You got tired of the task so Adam had to quit part way through and come down with you. He only carved HO and part of the S up there.”

“It’s on the center support over the loft if I’m remembering correctly.”

Hoss went up the ladder to the small loft then, and Joe went with him. The roof was close for the full-grown men. Looking over the top of the truss at the timber, both of them smiled and then returned to their father’s side. Ben was glad they weren’t disappointed, but he was surprised at what Hoss said.

“It says Hoss. He finished it sometime. He did that for me.”

After Hoss put a hand on his father’s shoulder, Ben did the same with his son. All these years later, Adam had given them a moment of being close. All three men threw themselves into the task working with a renewed spirit to refurbish the old stable looking forward to the day when they could perhaps put Adam’s horse in a stall there once again. In the meantime, it would be an extra stable in bad weather or when they brought in extra horses to break or train. And sometimes, at night, Ben could still walk here and remember a dark haired son who looked at the stars and had dreams like his father.

25 thoughts on “The Old Stable (by BettyHT)”